In The Mortgage & Title Industry, You Need To Be Both Compliant And Secure.

With the TILA (Truth In Lending Act) and RESPA (Real Estate Settlement Procedures Act) Integrated Disclosure Rule modifications being enforced on October 3rd, 2015, you’ll want to make sure that all suggested compliance requirements are met to ensure the protection of both your business and your clients, and that non-repudiation can verify the authenticity of each individual message.

Two of the “best practices” that the American Land Title Association (ALTA) discloses in their Best Practices document are to:

2. “use only secure delivery methods when transmitting Non-Public Personal Information”

And in accordance with GLBA (section 501 (b)), all companies must “protect against any anticipated threats or hazards to the security or integrity of such records;”

“protect against unauthorized access to or use of such records or information which could result in substantial harm or inconvenience to any customer.”

This means that a secure email solution or encryption process needs to be in place for the transference and storage of customer records across the internet, and email specifically.

Non-repudiation works in conjunction with the following section of the Integrated Disclosure Rule:

NeoCertified allows secure messages to be sent with “No Reply” options, while offering security and both an audit trail and non-repudiation, which is optimal when sending “Disclosures” in the Title and Mortgage industries.

So, what can you do to be protect NPPI and to ensure that all documents (both sensitive and not) remain secure at all times?For starters, you would need a secure email solution that would safeguard your sensitive information both in transit and at rest. You’d also want something that’s simple and seamless; you don’t need another convoluted process in the workplace. You’ll also need a compliance-driven product to ensure that you’re meeting TILA & RESPA requirements.

NeoCertified offers a secure email solution that not only does all three, but also integrates directly with all versions of Microsoft Outlook (including Office 365). Send and receive messages securely from our Cloud-based portal via any internet-connected device, or utilize the solution directly from Outlook… It’s up to you!

You can Send and Receive secure emails directly from your Microsoft Outlook application. It takes three easy steps to get started!

We can have your button Outlook integrated button installed within a matter of minutes of registering your account. Your recipients will also be able to reply securely, free of charge!

Learn how to use NeoCertified for Outlook 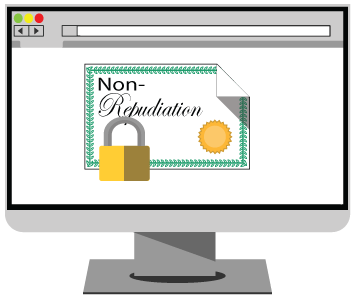 Sending a message by way of our secure email solution both ensures and substantiates the validity of the message sent. A digital signature is also included with each secure message.

As a full user, you can even set up read-receipt notifications and email reminder notifications, which inform you that the user has or hasn’t read your secure message by a given time.

You’ll also have access to track and monitor when and by whom the message is opened by. If you need to run a Message Report, you can do that directly from our Cloud-based portal.

Customer Connect is a secure contact form that allows your clients and customers to initiate the secure conversation. They can send you secure messages and attachments right from your very own website. Try it free today!

Need to send large files? Start sending secure files of up to 1GB in size with our Secure Large File Transfer solution. Download the SLFT application directly to your desktop and start sending in minutes!

Encrypted email API gives businesses the opportunity to access NeoCertified’s Secure Solution directly from your business application. As long as your business has access to your software source code, you’re good to go!

Have questions about our solutions?

Give us a call!
We use cookies to ensure that we give you the best experience on our website. If you continue to use this site we will assume that you are happy with it.OkPrivacy policy